Interview: with Charberl Cordahi (not only) on the current Lebanese economy

Charbel Cordahi, could you give us your general opinion about Lebanon’s current economic situation? As well as the country’s surrounding region as well (Sham / Levant)?

What do you consider the most important obstacle for economic development in Lebanon?

In my opinion, the fiscal deficit and the high cost of production are the main obstacles for economic development.

Is there anything peculiar to the economy of Lebanon that makes it unusual, special, unique (in both positive / negative meanings)?

One characteristic of the Lebanese economy is the scale of qualified manpower. Almost 50% of the Lebanese population has a University degree. Qualified workers leave the country to work abroad, and then make substantial remittances, which during the last 25 years allowed the government to fund its fiscal deficit and which maintained public and private consumption at unusual high levels. On the other side, this had led to the creation of many unqualified jobs – filled by workers from Syria and Asia – and to the increase in the real exchange rate. The real economy sectors are suffering as a consequence, and youth have no other alternative than leaving the country, or accepting a job and salary that are not aligned with their qualifications.

Is the level of diversification of the Lebanese economy sufficient or do you think it is still too much focused on just one / several domains?

The main drivers of the Lebanese economy are real estate, trade, and tourism. Tourism is subject to regional stability, and real-estate recently received a blow following Central Bank’s decision to halt support for the private investment in real-estate. Thus, the level of diversification in the Lebanese economy is not sufficient, and should be completed with investments in other sectors, such as IT, telecom, agriculture, and smart industry.

Is the Lebanese economy vulnerable to external / internal setbacks (circumstances etc.) and if yes, could you please be concrete on this?

The Lebanese economy is exposed to regional surroundings and developments: oil prices, political stability, etc. It is also exposed to changes in international interest rates and regulations.

We often hear lately from various politicians and financial experts’ statements concerning Lebanon’s current “grave” economic situation (such as the country being on the verge of a total economic collapse; financially broke and etc..) yet almost every week, Lebanon’s central bank Governor Mr. Riad Salameh assures us on stability of the Lira and that it’s “not affected by the current political or economic crises” … Mr. Charbel, as a financial expert, could you explain to us what is the meaning of these contradicting statements ?

The prices of Lebanese Eurobonds have decreased lately and, as a result, the yield on these Eurobonds has increased. All the same, the price of the credit default swaps (CDS) to insure the Eurobonds increased. These developments were coupled to measures taken by the central bank to halt the credit to the real estate sector and to the delay in forming a new cabinet. This resulted in a bearish sentiment in the country and among investors and business leaders. The decrease in Eurobonds prices is not strictly related to Lebanon: all emerging market bond prices decreased as the result of higher interest rates in the US. Lebanese collectively agreed to preserve the fixed exchange rate regime, in place since the mid-1990s. In a small open economy with a fixed exchange rate, an increase in international interest rates and/or internal challenges affect the “real” economy, but not the exchange rate (as long as the central bank has enough reserves to defend the parity). An exchange rate crisis is not expected, however the economy will continue to record weak growth rates, till structural and much needed reforms are implemented.

How do you see the role of the banking sector (into which foreign investors deposit means to see them „artificially “increased thanks to a generous, yet maybe unrealistic interest) in terms of the „internal “Lebanese economy – is it beneficial / detrimental / non-related at all?

To preserve the stability of the fixed exchange rate regime, Lebanese banks have to offer a higher yield on placements in Lebanon. This is a classical case for a small open economy. But the challenge is in reducing the interest rates offered on public debt (interests mostly paid to the central bank). This will reduce the debt service ad translate positively to the economy.

Regarding the continuous garbage crisis, not long-ago the establishment of several waste incinerators was approved by the Parliamentary committees in a majority vote, a decision described by many environmental experts as catastrophic (on the ecological level since it severely impacts the environment, without mentioning that trash Incineration is considered to be the most expensive method to manage waste) … Mr. Cordahi, what is your opinion on the matter? And is it true that according to sources (environmental and journalistic) linked the “quick” Parliamentary committees’ decision with CEDRE’s conference, since the financiers are willing to sell Lebanon 3 large incinerators at a price of $ 375 million each?

I have no info on this important subject.

Lebanon and Syria are connected. In addition to sharing the same border, over 1.5 million Syrians are refugees in Lebanon. Lebanon and Syria are little connected from a financial perspective (too little cross border transactions if we exclude remittances from Syrians living in Lebanon to their families in Syria), but the economic relations and interests between the two countries are important in agriculture, industry, transport and, going forward, in the large projects of reconstruction in Syria (where Lebanese companies and experts can play a meaningful role).

What are the biggest but, at the same time, realistic chances of Lebanon in terms of the process of rebuilding Syria and do you think that, with the current – local, regional and global – geopolitical configuration the country (i.e. Lebanon) has at all a chance to officially participate in such a process? In other words, will there be anything like an official start of the rebuilding process of Syria? And if yes, will be the official representation of Lebanon likely to pick up the gauntlet?

Can you kindly (briefly) introduce the „recipe“ that you advice for the people in charge to be taking in terms of the planning of the national economy (or, at least, the economic environment)? If possible, please sum up the main ideas / way of (economic) thinking and/or understanding of the Lebanese society, people and current situation that your suggestions of addressing the reforms are based on.

The pressing measure is to equilibrate the accounts of EDL, the country electricity provider. Moreover, reducing the charge of interests on public debt is an important step forward improving the public accounts. Better tax collection, without any increases in current tax rates, is also important. As for the real economy sector, liberalization of internal markets and implementing the projects of CEDRE (roads, water, railway, airport, etc.) are key elements to revive economic growth. 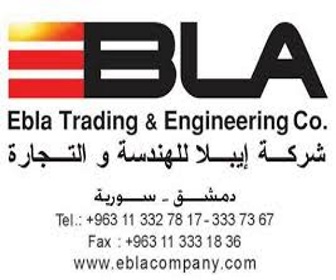 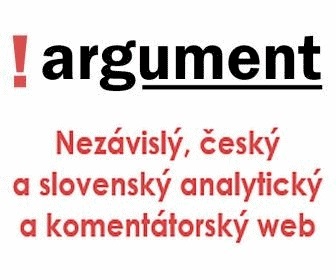